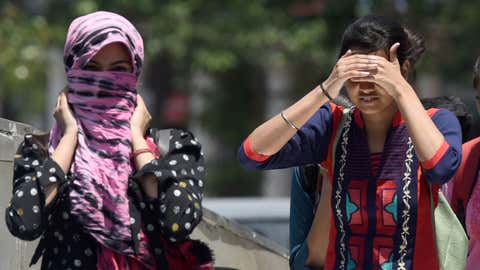 Tuesday, March 15: Because the countrywide spike in temperatures continues following the arrival of the summer time season, the state of Karnataka is the most recent in line to bear its brunt. On Tuesday, March 15, a heatwave is anticipated to scorch elements of the South Indian state.

Based on the India Meteorological Division (IMD), the coastal subdivision of Karnataka will expertise heatwave situations in the course of the morning and afternoon hours of Tuesday. This heatwave is basically a interval of abnormally excessive temperatures which are greater than the conventional most summer time temperatures for that specific area.

The IMD formally declares a heatwave when the native temperature is anticipated to cross 40°C and concurrently rise 5°C to six°C above the area’s regular temperature.

In view of the expected spike in mercury ranges, the IMD has issued a yellow watch over Coastal Karnataka for the day. The advisory urges residents to ‘remember’ of the native climate state of affairs.

Amid such heat situations, dehydration, warmth cramps, warmth exhaustion and warmth strokes are all real potentialities. Subsequently, residents of the area — particularly kids, the aged and people with pre-existing morbidities — should keep away from venturing outdoor in the course of the afternoon hours.

Whereas the coastal area endures the warmth, residents of South Inside Karnataka are more likely to welcome an unseasonal moist spell in the course of the center of the week, beginning tomorrow.

The IMD has forecast remoted gentle rainfall over the southern subdivision from Wednesday to Saturday, March 16-19. Comparable situations are additionally on the horizon over its adjoining states of Kerala and Tamil Nadu.

As for Bengaluru, the state capital is more likely to stay dry till Friday, and its daytime temperatures on this interval will rise to 33-34°C, as per The Climate Channel’s 10-day forecast. Come Saturday, the probabilities of precipitation over town will rise to 14%, whereas its most mercury ranges will drop all the way down to 31-32°C over the weekend.